I have many thoughts on the new Fantastic Beasts and Where to Find Them; most ALL of them in the realm of positivity. That may be an overstatement, but honestly, this is the time for high praise; lots of it. I honestly didn’t expect this film to exceed my bated expectations in the way that it did. I’m still a little bit in shock at the experience that this film was for me. Definitely one of the highlights of 2016.

This is more of a rant than a review, so keep reading if that sounds intriguing to you.

I think the biggest thing going for this film is that it doesn’t want to be Harry Potter. Beasts could have easily have been another more-of-the-same entry in the franchise and I would have taken it in eagerly; maybe too eagerly. Yes, the film uses familiar terms and name-dropped a few… “concepts” from the Harry Potter universe, and, yes, that’s why we all went to watch it, but Beasts is its own entity. That’s what was so amazing about this film. It knows where and what it comes from and maybe that’s only because J.K. Rowling wrote the script, but- well, that’s probably why. Even so, the whole film just feels original. At the whimsical core, Fantastic Beasts and Where to Find Them bears the distinct mark of Rowling, but is still distinct. 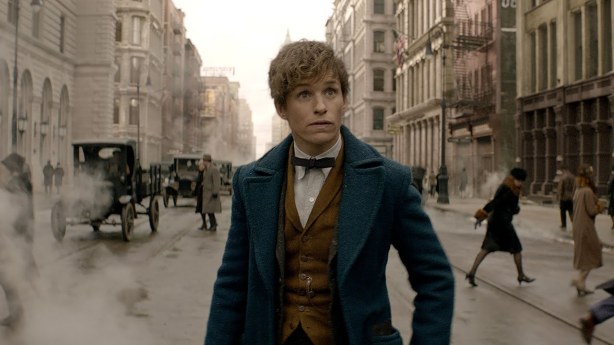 Can I just say “Thank you” to Rowling for writing a protagonist that isn’t a jerk? As much as I love the books and the universe, Harry Potter was kind of a total jerk faucet. I know he had a rough upbringing and all that (and that’s another topic) but well, read the parenthesis. Yeah. Let’s leave it at that. They’re both different characters anyway.

Newt is honestly one of the most likable protagonists I’ve come across in any medium. He was a gigantic gulp of fresh oxygen in a world of “whoa is me” and “my life sucks” protagonists that our world is littered with. Now those characters have their place and I’m not saying every character should be like Newt, but he felt… special (as cliche as it sounds).

I could say so much more about Beasts, but let’s jump into bullet-point-thoughts for time’s sake (or length’s. I don’t know how fast you read):

This franchise has a future that is beyond promising. I can’t wait for 2018, when the next entry is scheduled to be deliciously fed into our eye-sockets.Until then, back to the theater for another watch.

I’m not going to obligate you to watch the film, but…