I’ve realized lately that the best electronic music isn’t defined by the genre. I know it’s a broad genre, but people typically think of hard synths and generic vocals when they hear “electronic,” “dance,” or “EDM.” It really depends on how you define the genre and subgenres. I don’t think Hourglass by Mako is necessarily electronic, but I do think it is a great album with amazing songs.

“This is our story…” 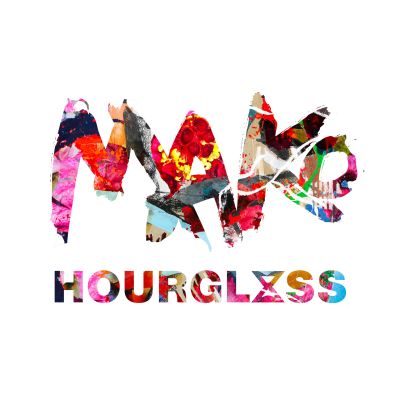 I’ll start out by mentioning my two favorite songs on the album. Oddly enough, they’re the opening and closing songs. “Let Go of the Wheel” is a giant song, and what I mean by that is that it fills up the room with its stunning sound. The chorus, with its booming synths, comes in beautifully after the delicate intro vocals. It’s mournful, and triumphant at the same time.

“Our Story (Hourglass Finale)” is a reworked version of “Our Story,” a single which Mako released a while back. I absolutely loved the original, but this version of the song is arguably better. Not only does it fit the album in a way the other song couldn’t, it’s almost like a brand new song while still maintaining the essence of the original. Its creamy vocals and dreamlike synths crescendo at the end with a percussion heavy finale. So good.

“Smoke Filled Room” and “Craziest Day I Ever Had” are two other standouts on Hourglass. “Craziest Day I Ever Had” is the funnest song on the album, cushioned between two soft, emotional tracks. “Run for Your Life feat. Natalola” is the only song on the album with a different lead vocalist. It’s a nice change of sound for the album and I actually would have liked one or two other songs featuring other vocalists.

My favorite part of this album is how easy it is to listen to the whole thing through. There are albums out there where I prefer to pick out songs and listen to them on their own. Hourglass is an album where the whole is even better than the parts. There are a few songs on this album that aren’t my favorites, but they’re great in the context of the whole album.

I think Mako absolutely nailed their debut with Hourglass. I’m going to be listening to this one for a while.